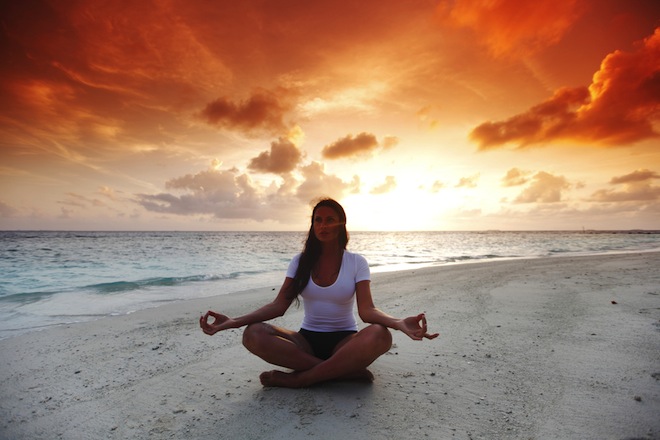 The first thing I need to say is: I love hippies. My only celebrity role model is John Lennon, I make serious life decisions based on vibes and I dropped out of school to write novels and explore the world. (This was back in college, but now I have a new convertible, a tattoo and a lot of crazy stories.)

If my friends are right (and that 720-page Bob Dylan biography sitting on my bookshelf means anything), I am a hippie. So my title wasn’t written with any offense. It’s just, let’s be honest, “mind-body-spirit science” sounds a little, well… hippie-ish.

But here’s the crazy part: it’s not!

Mind-body-spirit science is a legitimate field of study that deserves just as much respect as biology, chemistry or any of those other classes you had to take in high school. The only problem is: mainstream media somehow missed the memo.

In fact, the term “mind-body science” was popularized by Dr. Herbert Benson, a Harvard Medical School professor in the late 1960’s. Benson now serves as Director Emeritus of the Benson-Henry Institute for Mind Body Medicine at Massachusetts General Hospital.

(You don’t get any more credible than that, folks.)

And the spirit part? Researchers at the Duke Center for Spirituality, Theology and Health have been connecting those dots since 1998!

But the fact that it’s not yet mainstream is what makes talking about it so hard! People take you seriously (Eat more spinach for energy? Sure! Great!)… until they actually have a problem. Then they smile, nod and forget all about your yoga (which was probably amazing) as they rack their brain for a way to get a quick appointment with a “real” doctor.

(Raise your wheatgrass shot in the air if you’ve been there before!)

So today we’re going to break out some real science to prove, once and for all, that the mind-body-spirit connection is totally, 100% legit. (I may sound like a valley girl, but I promise you can trust me.) I go to Harvard, I passed the National Academy of Sports Medicine exam and I’m on the internet (if you

haven’t seen those commercials, that joke is going to be an epic fail).

Seriously though, all of the following information comes from scientific studies published in peer-reviewed journals and/or quotes from highly esteemed researchers. So sit back, relax and soak up some science:

•A 2008 review found that happiness appears to protect against illness – the most satisfied of research participants lived 7.5 to 10 years longer than their less satisfied peers.

•A 2009 study of Massachusetts students found that the odds of passing the state math and English tests increased as a student’s fitness increased. A similar California study revealed that students with higher fitness scores had better SAT/9 test scores for reading and math.

•A 2008 study reported that rats who received blueberry powder increased their memory task performance from 60% to 83% accuracy.

•A 2011 study found that participants who meditated for about 30 minutes a day for 8 weeks had measurable changes in gray matter density.

•A 1999 study assigned 156 moderately depressed men and women to an exercise, medication, or exercise and medication group. Results showed that while medication worked more quickly to reduce symptoms of depression, there were no significant differences among treatment groups at 16 weeks. (And a 10-month follow-up revealed that exercise group members had significantly lower rates of depression than those in the medication or the combination groups!)

•A 2006 meta-analytic review of exercise and fatigue literature (including 70 studies and 6,807 subjects) concluded: “The cumulative evidence shows that chronic exercise programs are associated with an increase in feelings of energy and a decrease in feelings of fatigue that are large enough to be clinically important.”

•A 2001 study found that just 30 minutes of walking for 10 days was enough to produce a clinically relevant and statistically significant reduction in depression.

•A 1998 review concluded that, “Compared to other more traditional interventions, exercise was found to be as beneficial as group or individual psychotherapy and behavioral interventions.”

•A 2003 study found that participants’ systolic and diastolic blood pressure were both affected by religious commitment and religious activities.

•A 1995 study found that one of the best predictors of survival among 232 heart-surgery patients was the degree to which the patients said they drew comfort and strength from religious faith. Those who did not had more than three times the death rate of those who did.

So next time you find yourself among mind-body-spirit science naysayers, just whip out a few of these facts and say, “Peace!” – because that’s the hippie equivalent of: BOOM!

Jessica is a proud Christian, Harvard psychology major and former personal trainer (certified by the National Academy of Sports Medicine) who has merged her three passions – faith, fitness and psychology – into the popular blog, “Prayers and Apples.” Jessica’s goal is to increase personal peace, health and happiness by promoting understanding of the mind-body-spirit connection.

Leave a Reply to Jessica @ Prayers and Apples Cancel reply